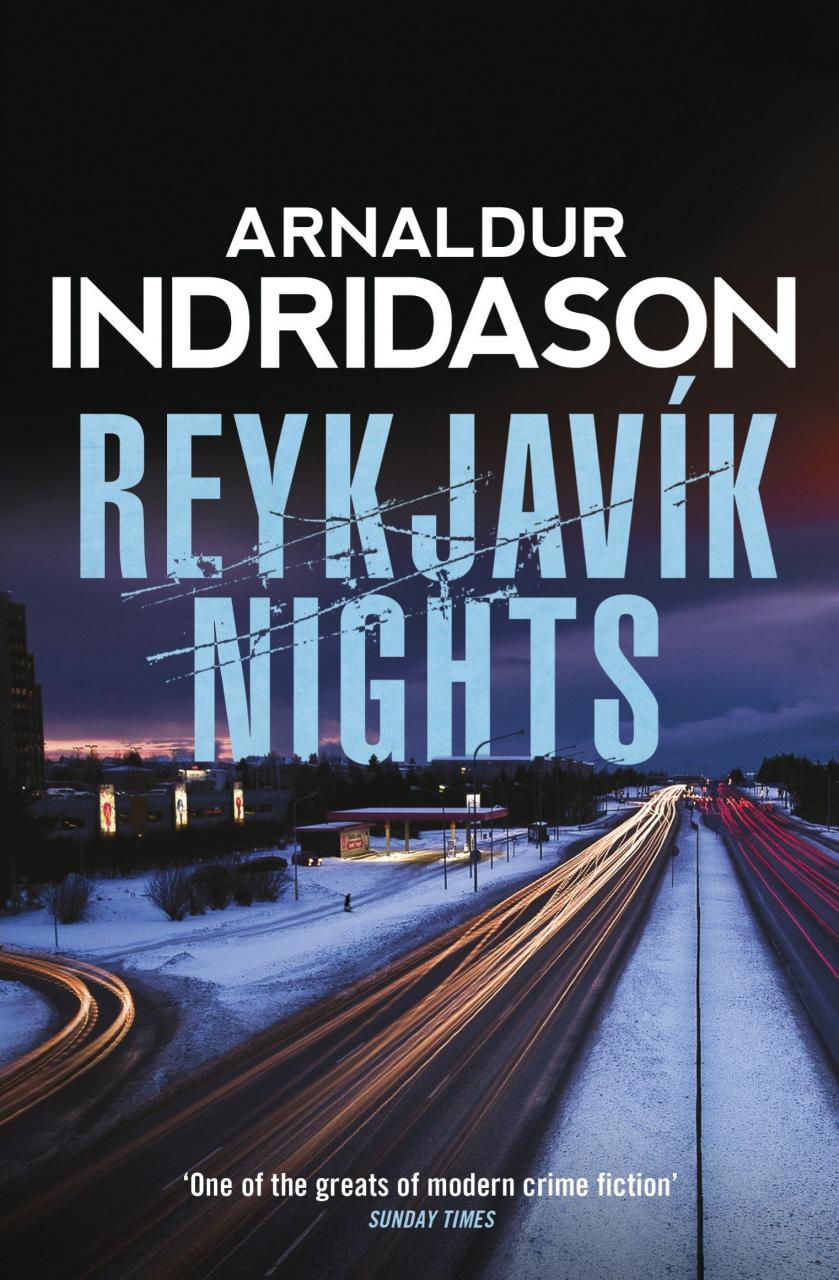 Fans of Arnaldur will already be familiar with his leading figure, brooding and misanthropic Detective Inspector Erlendur. In Reykjavík Nights, Arnaldur successfully pulls off the stunt recently brought into vogue by authors such as Lynda La Plante and Colin Dexter; travelling back to his iconic detective’s early days on the job as a fresh-faced new recruit.

The action takes place in 1974. Erlendur is still in uniform, crisscrossing the city in a black mariah police van with his fellow officers, brushing up against Reykjavík’s undesirables and meeting victims and perpetrators in their worst hour. When an old vagrant that he has become friendly with on the job is found dead, he alone takes the time to ponder whether the unfortunate man’s death was murder or a drunken mishap. Strangely, there seems to be a connection between the old man’s death and the recent disappearance of a young woman on her way home after a night on the town, a case which young Erlendur, already haunted by the childhood disappearance of his little brother, has followed with a keen amateur’s eye.

The delight of this stand-alone novel is the vision it provides of a dark and gritty Reykjavík of the 1970s; isolated from the rest of the world and filled with desperate people recently arrived in the capital in search of a better life.